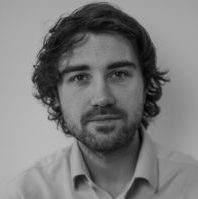 11+,13+,English,Maths,Oxbridge Entrance,Politics,Spanish
BOOK A TUTOR
< BACK TO FULL LIST OF TUTORS

Ollie is an approachable, versatile and engaging tutor dedicated to making each lesson a creative and collaborative undertaking. He’s an aspiring academic with a master’s degree in modern literature from the University of Oxford (2017: Distinction) and an English BA from Durham University (2015: First class), where he won two vice-chancellor’s scholarships for academic excellence. He has studied British literature, politics and history from the middle ages to the present day, also attaining near fluency in Spanish on the side. He is currently preparing a PhD research proposal focusing on 1930s anti-fascist fiction.

As well as building academic confidence in his students, Ollie aims to nurture genuine intellectual curiosity by making the learning process fun. His advanced subject knowledge and mentoring experience means he has the perfect combination of knowledge and know-how when it comes to teaching any student from Primary to Sixth Form age.

In the past, Ollie has extensively tutored A-level and GCSE English as well as mentoring Key Stage Two children in Maths and English. In these two areas, he has worked with students from a range of backgrounds and abilities. He has also worked closely with Politics and Spanish students, particularly where the aim was to push beyond the typical confines of the curriculum.