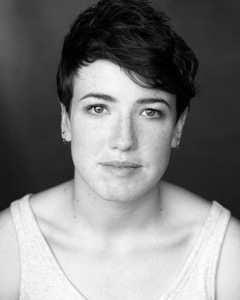 Creative Writing,English,Music,Primary,Public Speaking,Theatre Studies
< BACK TO FULL LIST OF TUTORS

Emma is an enthusiastic, patient and engaging tutor with a passion for stimulating genuine curiosity in her students for their subjects. She knows that every student will learn differently so caters very specifically to every child’s needs. Emma was diagnosed with Dyspraxia at the age of 10, so is used to having to reframe schoolwork to suit her own or others understanding, and has felt first hand how one to one attention and a little extra support can transform a child’s confidence academically and their experience at school.

Emma attended Tring Park School for the Performing Arts where she achieved 9 A*’s and and A at GCSE (including full marks in her History modules) and A*AB at A Level, alongside an A in philosophy AS Level where she also achieved full marks. She acquired these grades while only receiving two thirds of the standard teaching time, given the vocational nature of the school, so is well practiced in structuring and encouraging independent study.

After leaving school Emma attended the Royal Academy of Dramatic Art where she further developed her understanding and love for interpreting texts and approaching the intellectual more practically, especially with classical text. She regularly worked as pastoral care and a workshop leader on the RADA Summer Schools from 2017-18 and since leaving has been working as an Acting Coach for a studio in London, where she also attends classes in her spare time.
Emma has been working as a Tutor for the last year, when she has taught students, with a range of abilities and needs, in both Literacy and Numeracy alongside supporting their introduction to both SAT’s and 11+ papers.
Music is one of Emma’s greatest interests and she plays the saxophone both professionally and in her spare time, most recently as an actor musician at the Globe Theatre and more distantly in the Soul band at school. She has her ABRSM saxophone exams up to Grade 6, and also her Grade 5 music theory. Having trained in Musical Theatre since the age of 11, been a member of several school choirs and been a member of the National Youth Music Theatre from 2012-2016, she is also an experienced singer.
At weekends Emma enjoys running, yoga, and pursuing her hobby as an amateur photographer and watercolorist.

This website uses cookies to improve your experience while you navigate through the website. Out of these, the cookies that are categorized as necessary are stored on your browser as they are essential for the working of basic functionalities of the website. We also use third-party cookies that help us analyze and understand how you use this website. These cookies will be stored in your browser only with your consent. You also have the option to opt-out of these cookies. But opting out of some of these cookies may affect your browsing experience.
Necessary Always Enabled

Any cookies that may not be particularly necessary for the website to function and is used specifically to collect user personal data via analytics, ads, other embedded contents are termed as non-necessary cookies. It is mandatory to procure user consent prior to running these cookies on your website.